Lab-box, you hear me say, whats all that about then?

Its a newly launched product by a company called ARS-Imago. Back in 2017 .. there was a bit of chat and excitement with a kick starter project called ‘Lab-box’ .. it offered us film photographer lovers, a chance to develop our own film,  without the need for a dark room. The whole process happens with a little specially designed box. I hadn’t backed many kickstarter projects before, but I really felt like this was something special, and I wanted to be involved!I feel like I need to start out by saying, that this is by no means a subjective review .. as this has been my first ever experience of developing film (ever!). Below are three photos of my very own lab-box, set up to process 120mm film. I mostly shoot with my old (1956) Rolleiflex camera, because I love it the most!

I know some people have felt frustrated by the length of time it took to get the to the point of production on this, but honestly? I didn’t really bother me. We got regular updates on how things were progressing, and even how some of the design features were being tweaked as they went along. Then a couple of weeks ago, I had an email update telling me that my very own Lab Box was being shipped! Exciting times .. although, I confess, when it first arrived, I was a little nervous about using it. I’ve been shooting film for quite a few years, but I’ve always sent it off to a film lab to be developed and scanned. I’ve never developed film myself before. So, I left it alone, inside all of its packaging, completely untouched ! But vowed to myself that I would shoot one roll of black and white film (Ilford HP5) on my beloved Rolleiflex . I figured, experimenting with one film would be ok! Whilst we were away on a wee family trip to Aviemore, last week. I shot a roll of film.

I took some time to watch, and re watch the tutorial videos   – that are super helpful. Here is a link so you can get he low down:

There is a really good user manual that comes with the box, with handy QR codes, that link you to online tutorials too. I like how they have done this! You can see them all HERE

So.. the bit you all want to know, how did it go?
I was a little bit skeptical of how this little box would be able to protect the film from daylight getting in.. but I was even more skeptical about my own abilities in developing film! Let me share some of the images from my first roll of film:

I hung my first roll of newly developed film out on the washing line to dry .. but discovered that it really did collect dust and was a bit open to the elements out there, so the next time I dried it inside! Heres how it looked, when I first developed it!

And here are some of the finished results! (keep scrolling to the  bottom of  the  page  to  read  my  full  review!) 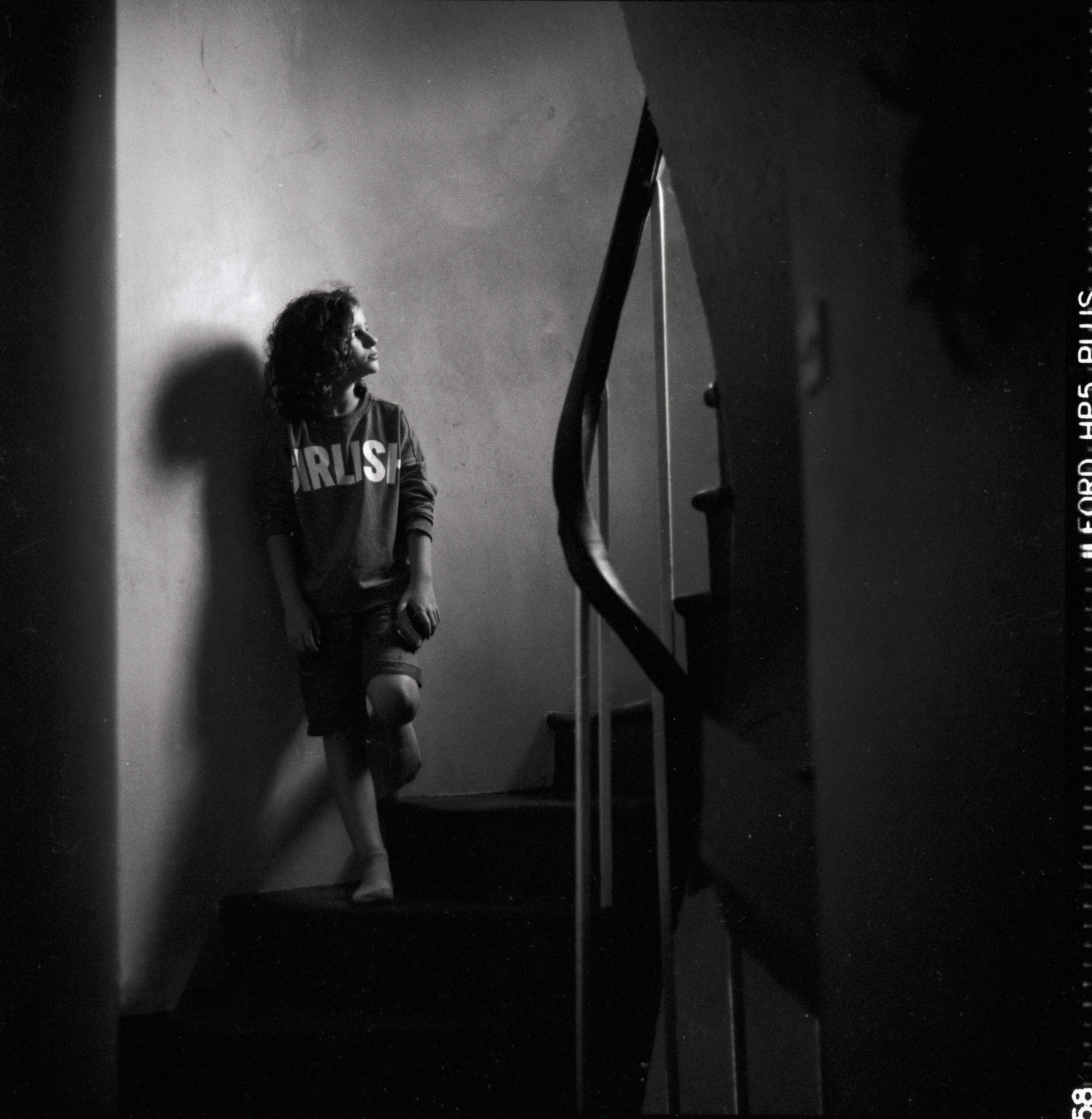 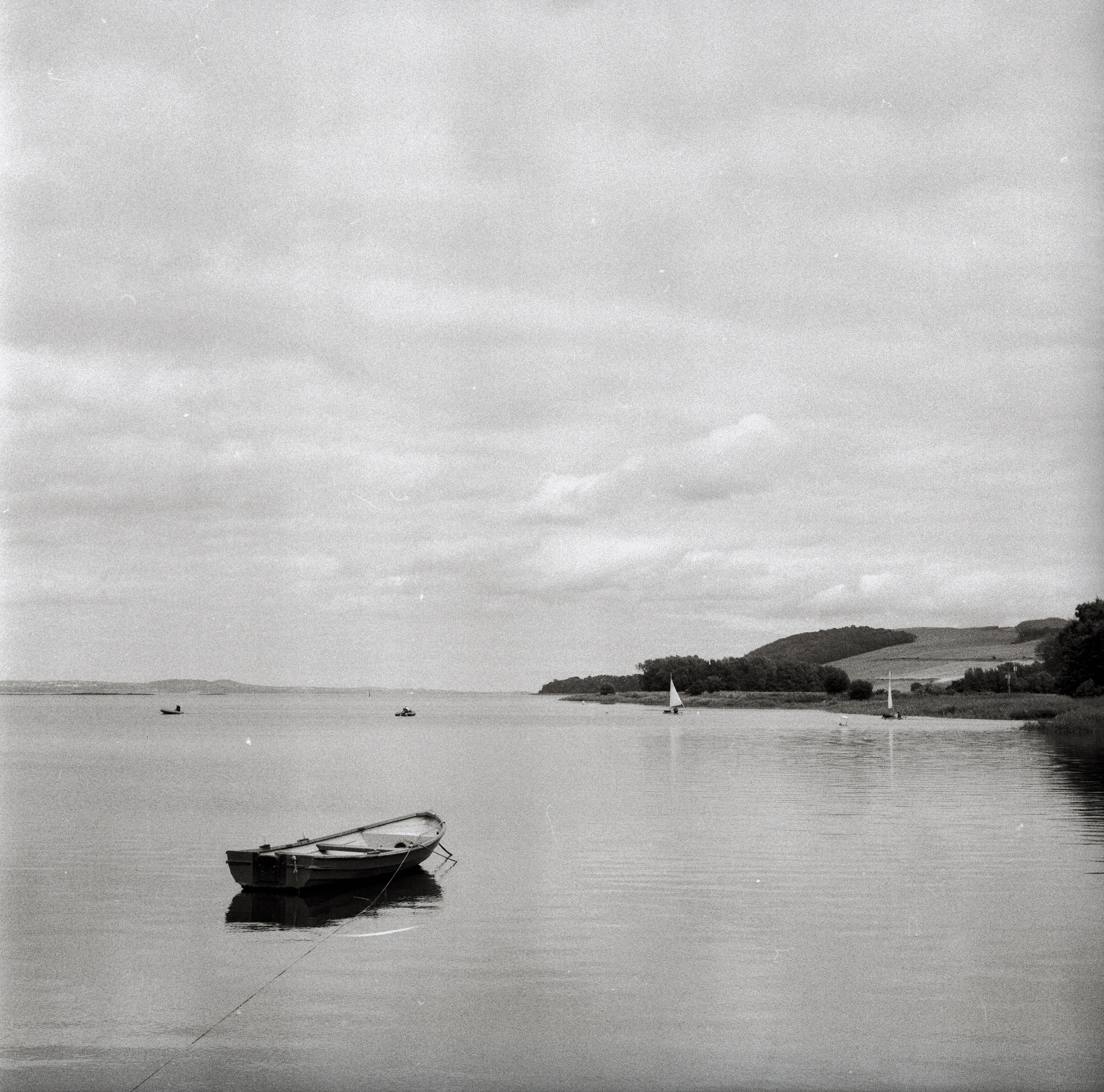 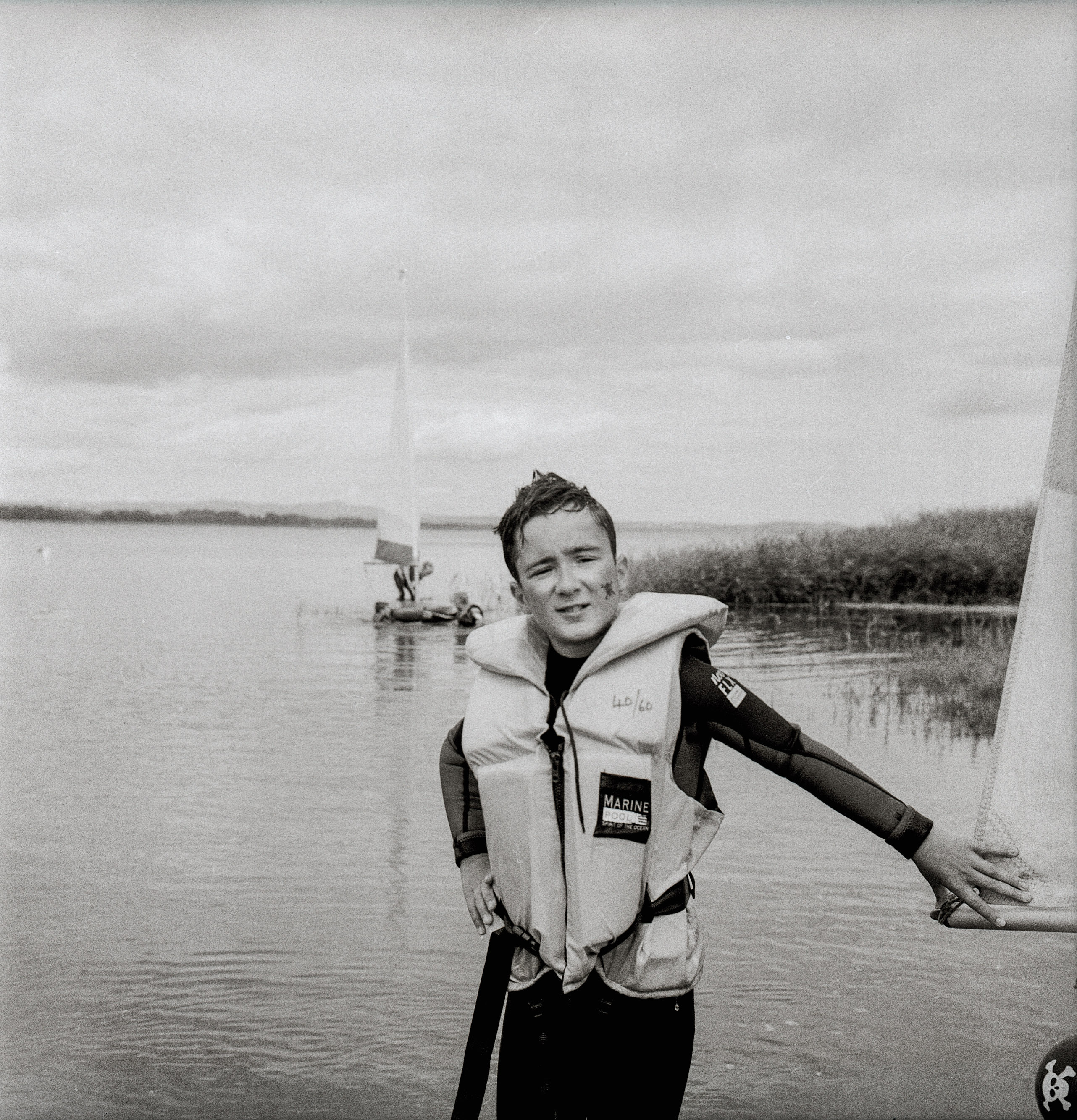 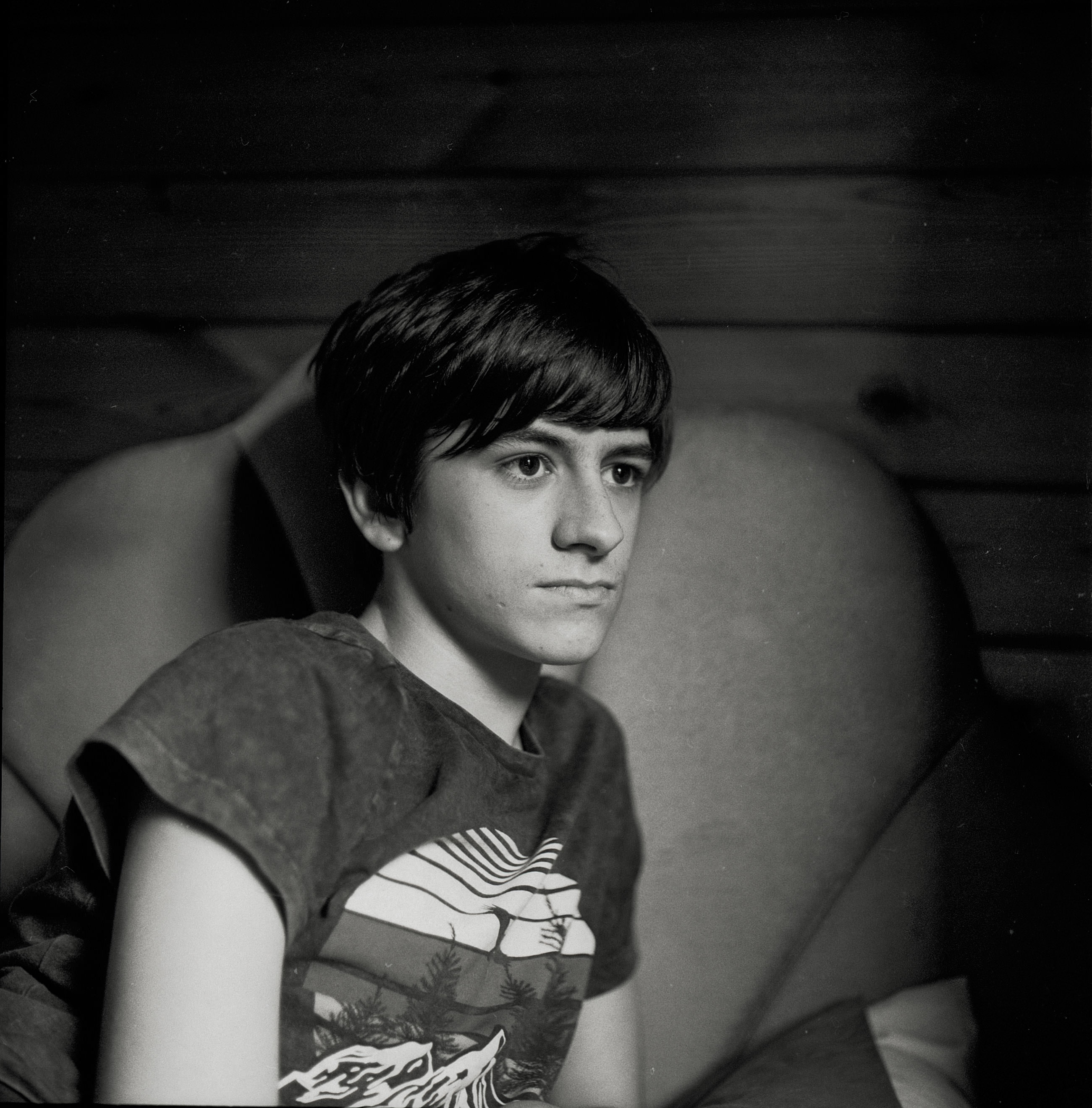 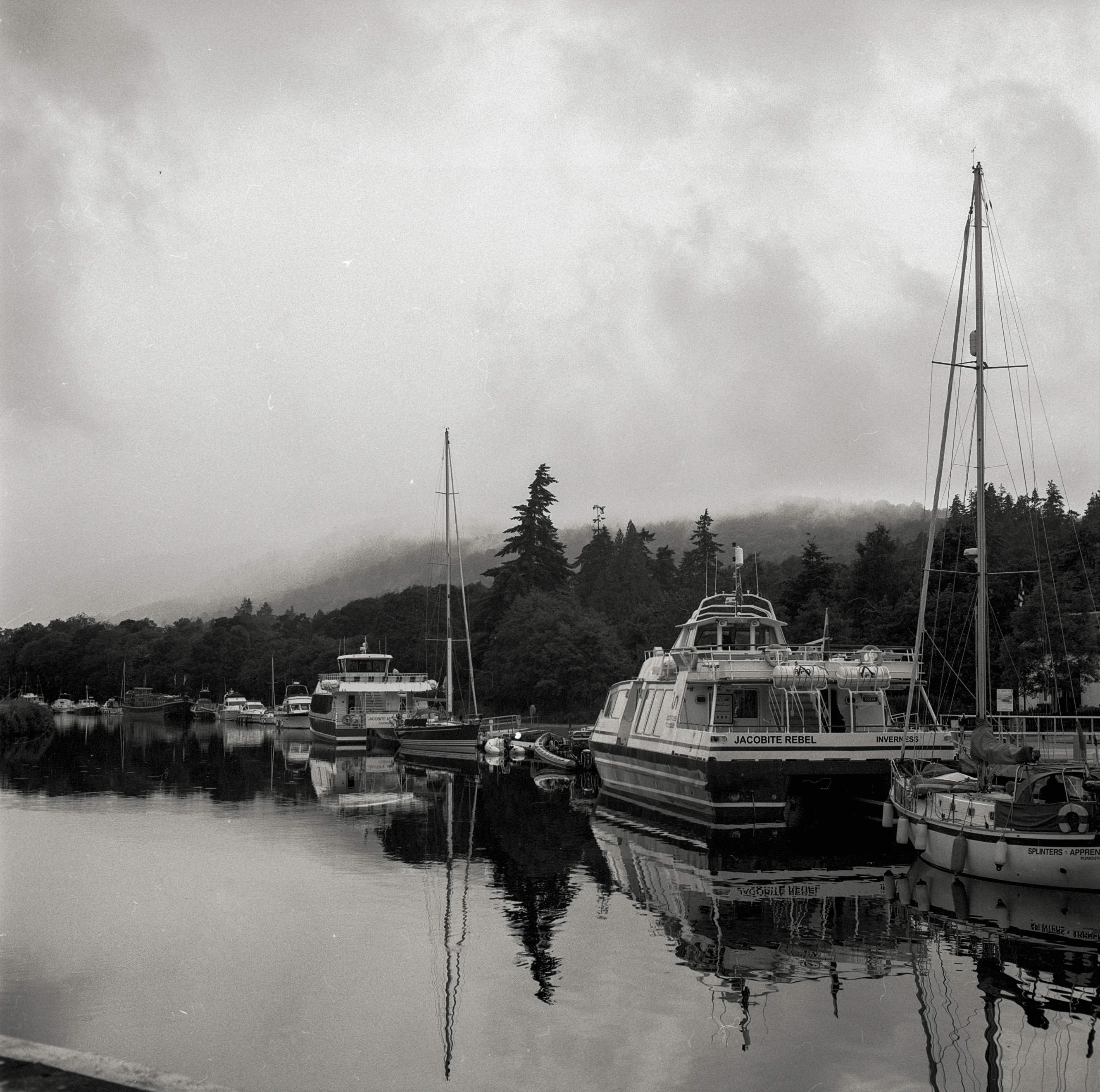 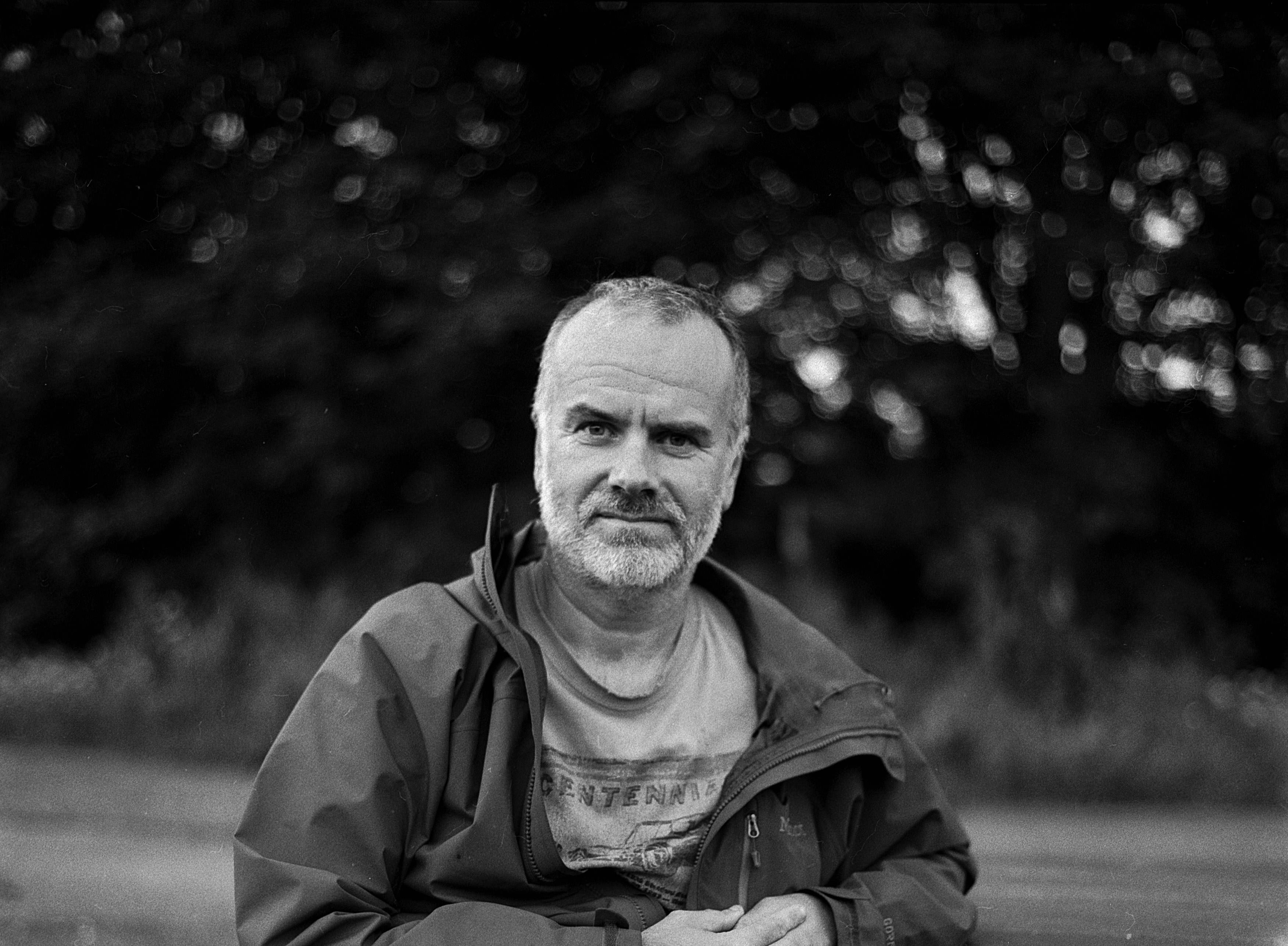 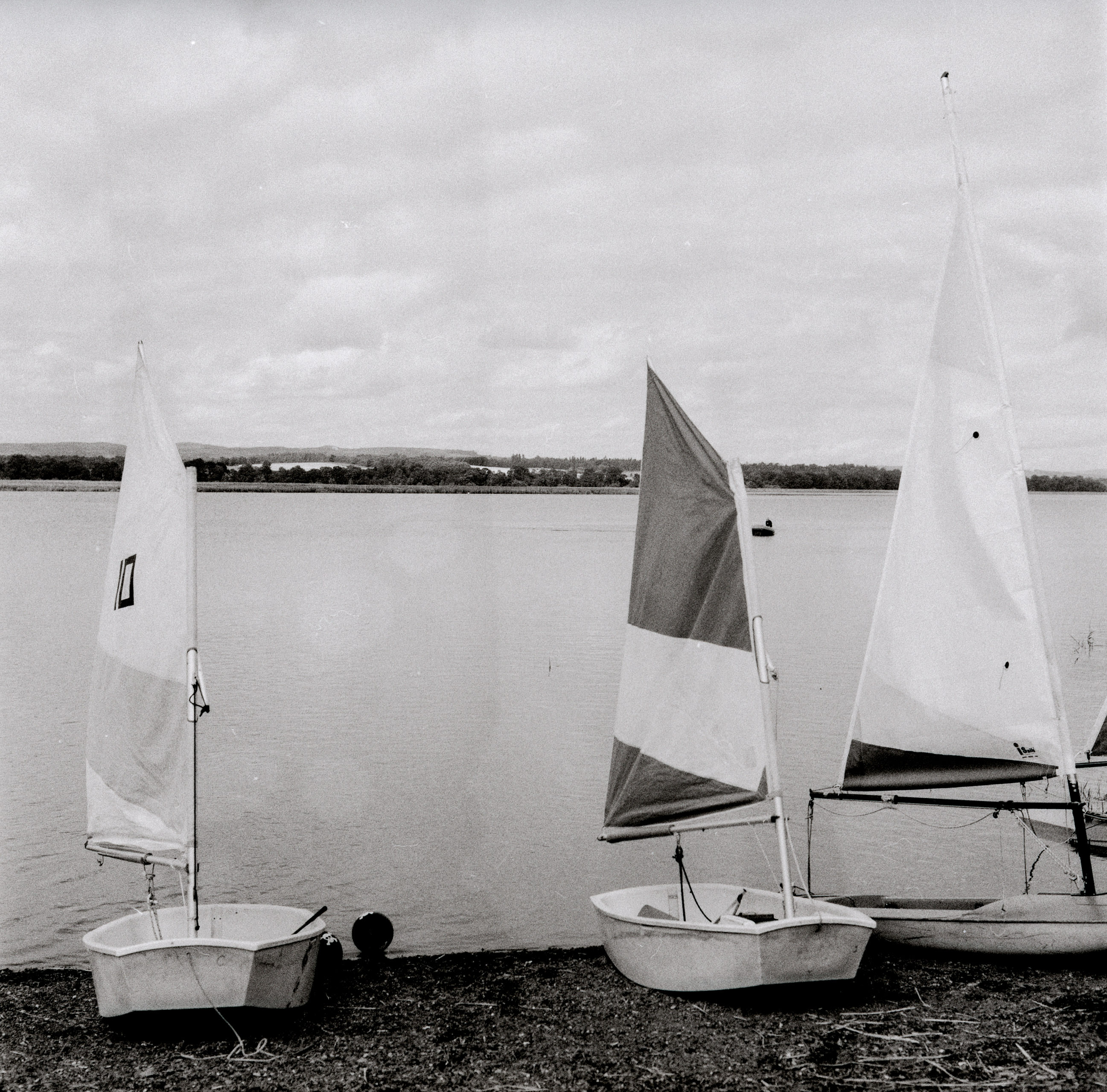 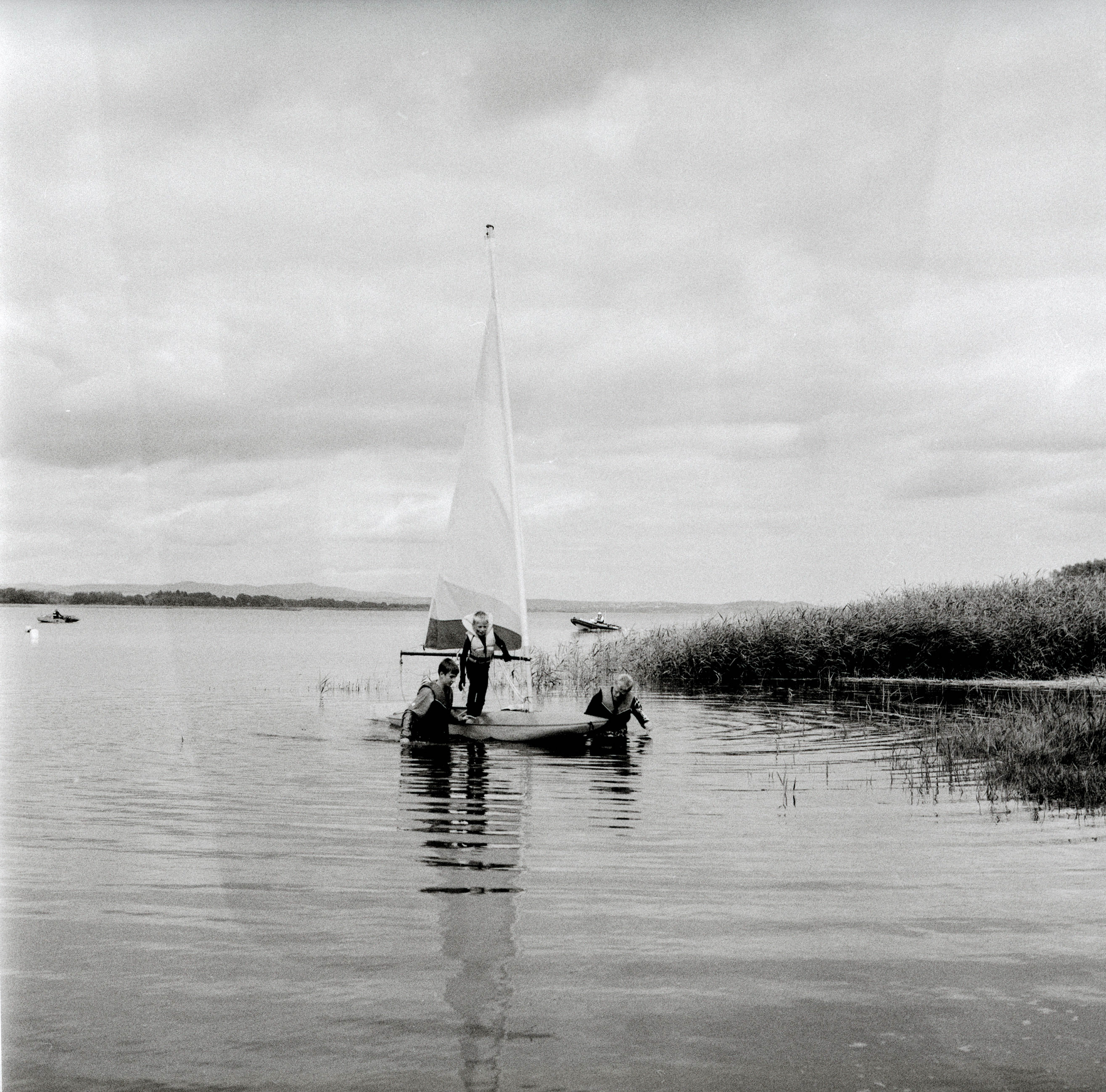 So, whats my verdict? I love using the Lab Box! Its exciting opening up the lid and scooping out the film reel. The process only takes 8 minutes once the chemical has been added! I am super pleased with my results from the first TWO (of three) films that I developed. But, this wouldn’t be any sort of helpful review, if I didn’t mention my first pitfall when using the lab box.

I’d excitedly and rather hastily shot a whole roll of film round at my neighbours house, one evening this week  – they were having a BBQ, and some far traveled family were visiting, so I took a few shots of them together .. when it got the the first part of the process, of loading up the exposed film, and pulling the paper through the slit in the back of the Lab Box .. things didn’t go quite right .. there was more tension than there had been before .. a few wobbly moments of slight panic .. disaster struck. The film appeared to be jammed. In the past the paper had pulled through the specially designed slit, with hardly any effort .. not on this occasion .. It got properly stuck, and the only thing I could try and do, was open the box (knowing that the likely hood being, that I would loose the film, exposing it to light ) sure enough .. when the lab box lid came off, there was  the precious film, all tightly bunched up .. and now ruined because I exposed it all to light. I was gutted. And also worried because I wasn’t really sure what I’d done wrong. Full credit to ARS-Imago Team .. I messaged them on IG, and they were fantastic at getting back to me. We think the route of the problem was that I’d got some wetness into the chamber .. from the previous time I’d developed film. This is a big no no! And rest assured, I won’t be making that mistake again! A steep learning curve for me, thats for sure.

You’ll need to invest a bit of money to start out with the equipment you need .. whats the good of developing your negatives, if you then don’t  have a way of scanning them?

In additional to owning the Lab box, there was a bit more of an investment I made to pull it all together .. so its by no means a cheap project! I invested £149, when the Kickstarter project was launched. And with that I got the two different types of film backs I would need to use both 35mm format and 120mm medium format film stock. I also got the pack of the two chemicals I would need to develop the film, and 6 films black and white films! So a few bits there for my money!

Earlier this year, I bought a new Epson V800 scanner, it comes with film guides, for various different film stock. That set me back about £550 (from Amazon).

I bought Silverfast 8 software, (the most recent version) as it makes using the scanner, and tweaking various elements of that, easier.

I also decided to get a glass beaker to measure out the film chemicals. There are two different ways to use the Lab box – you can partially fill the chamber, using the chemicals ONE time, and you need to spend longer agitating the film as it develops. I opted for the second method – fully submerging the film, up to about 490ml is the max allowed in the chamber. You can re-use that same mixed chemical with up to 15 rolls of film (and you have two weeks to use it in, once the bottles are open and mixed). I bought mono bath that is high concentrated, and comes in two bottles that you mix, sold directly from ARS-Imago.. you can find more detailed information HERE. I’ve been impressed with how straight forward it is to use! It costs £18 plus shipping for those .. I’ll need to order some more sometime soon!

The other thing I invested in was a glass beaker, the sort that you use in a lab, with measurements on the side, so that I could get the right amount of liquid to submerge the film in. Plus, a large thermometer to check that the chemicals are at the right temperature (it needs to be between 20-24 degrees to be able to work!).

And there you go! A bit of an investment, and a lot of fun, and I hope to be able to offer film for future couples and up coming projects! If you want to find out more about hiring me to shoot some film at your wedding / photo session .. you can find out some more HERE!

Taking bookings for 2022, send me an email xx

Ahhh… yesterday was a ball!! I had so much fun a

A little peek at what our day looked like yesterda

Big congratulations to Melissa and Ronnie who were