Well, it turned  out that there was quite a bit of waiting to be done – we spent time chatting to other people in the crowd and watched the comings and goings of the security service and the Police. 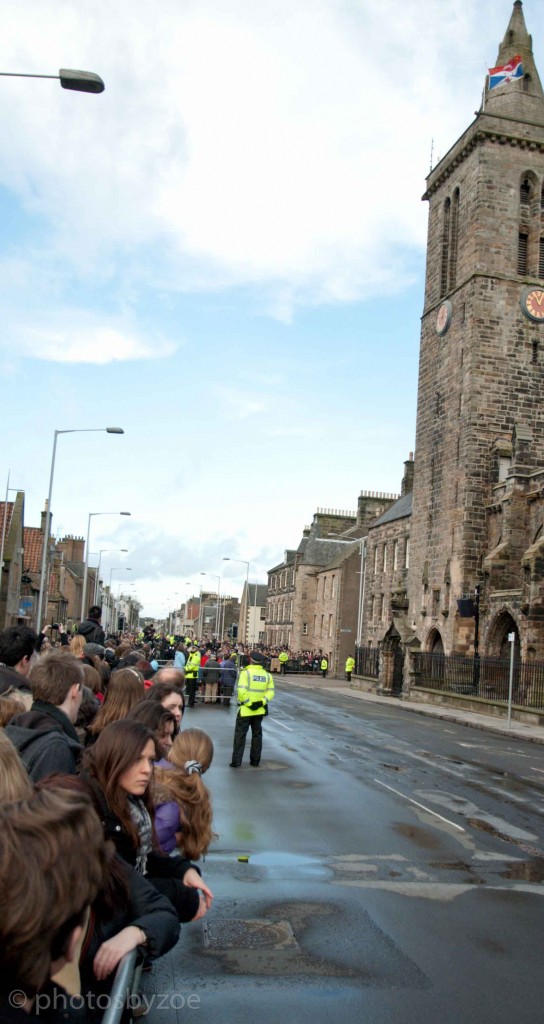 that was the view from street level….and then there were things going on a little higher up too! 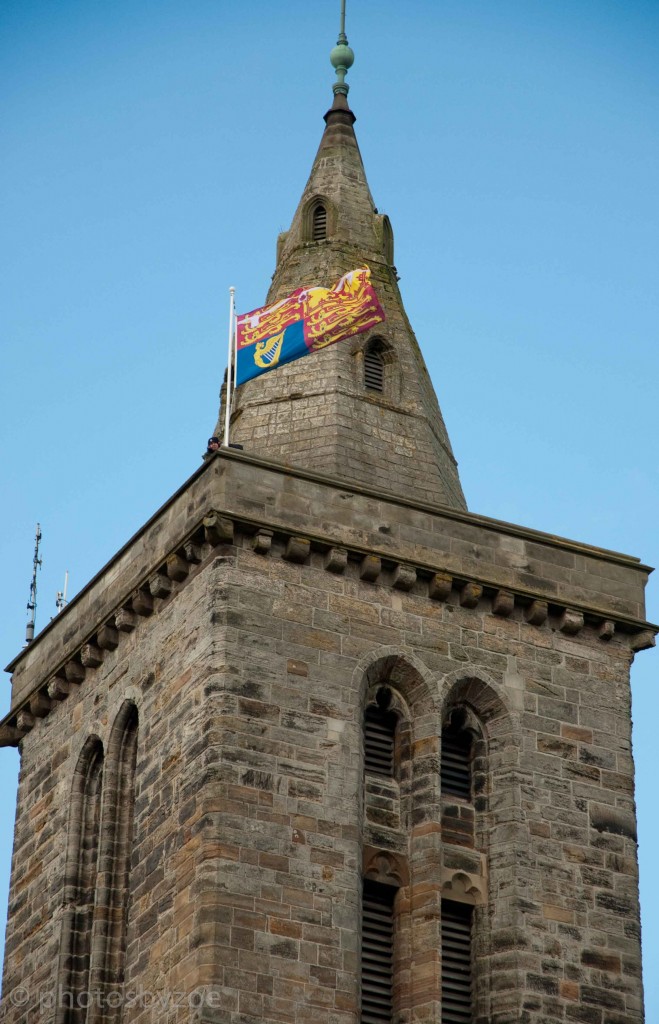 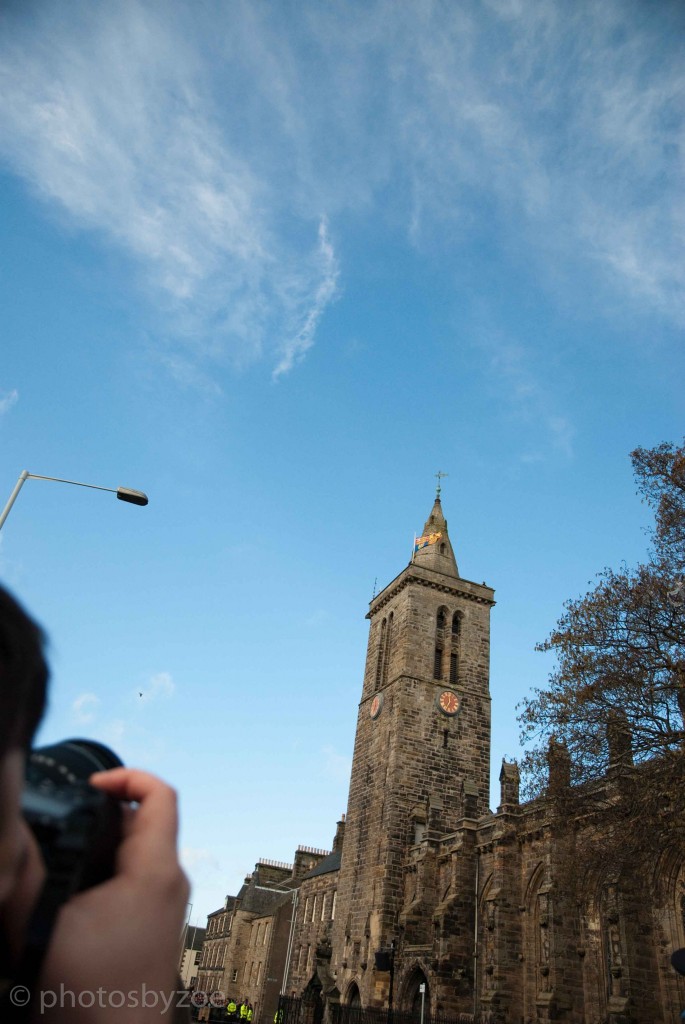 and I don’t think it was a fiddler on the roof! 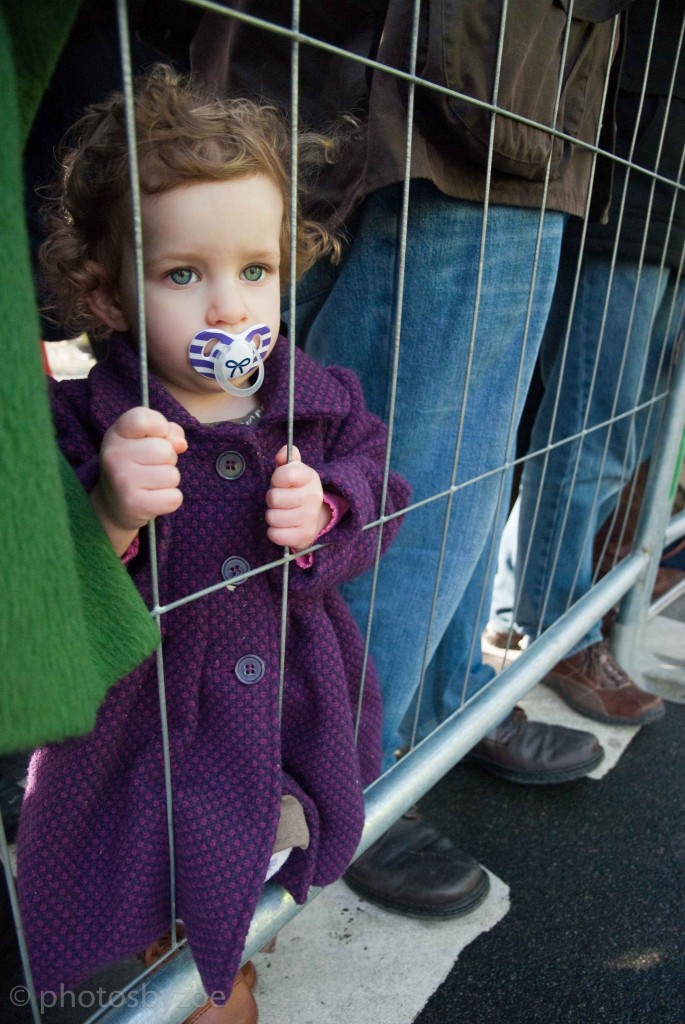 Managed to grab this shot of little ‘M’ by stretching out over the barrier and pointing the wide angled lens back towards us – I know the dummy should have been out! Had to keep her calm somehow – she had been crying, we had waited about 2  hours at that point!

We all listened to Prince William give his speech (broadcast over speakers) to the students and collected dignatories assembled inside St Salvators Quad. I remember hearing him say about St Andrews being the best University in the world – and the crowd outside giving a cheer and clap- and if you watch any of the news clips, he laughs at this – it was a nice moment of interaction!

A final sweep was made with the Police dogs – passing right by us! 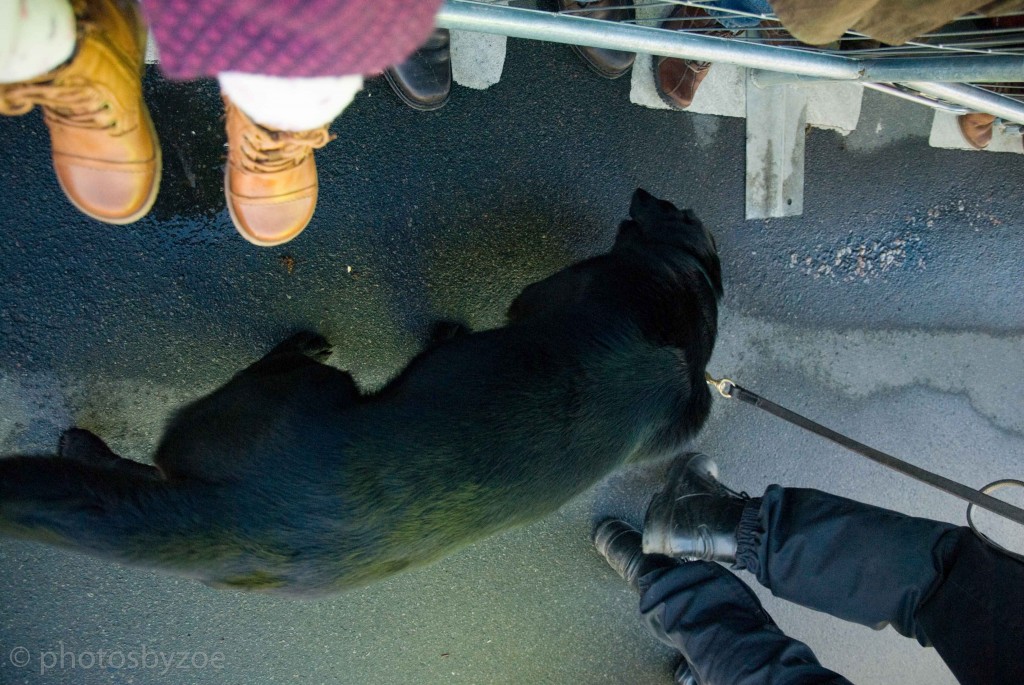 The with cheering and applause  they appeared from St Salvators! 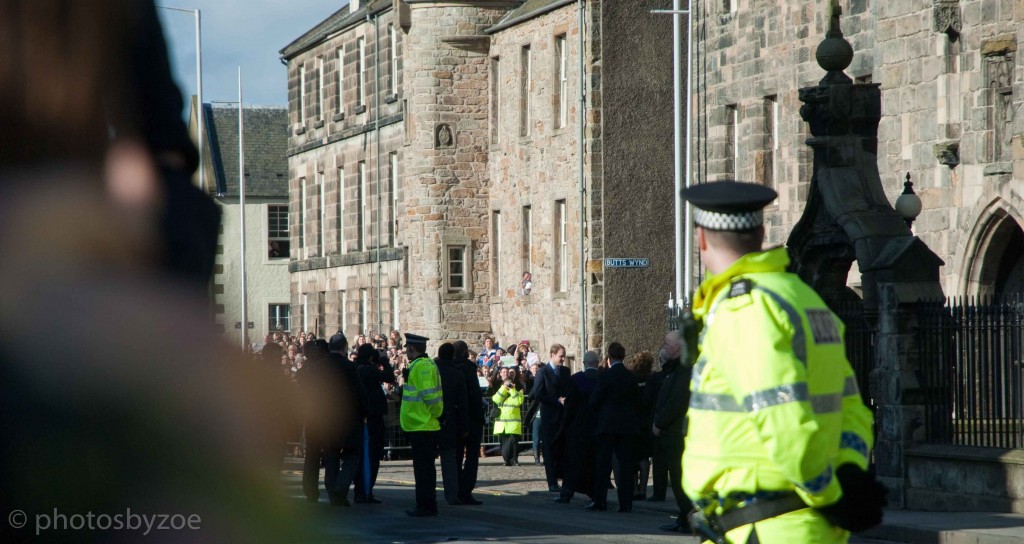 Can you see Prince William? Sort of near the middle of the picture?

Well..I was chuffed to have even managed to get that – little did I know what was to follow.But that will need to wait till the next installment, of what is turning into a rather EPIC blog posting!

Yes Zoe, me too, I like the personal story, it brings it alive. Waiting to see part 3!

Fantastic photos! Thanks for capturing such a historic day in such a personal, lovely way!